“An hour in the field is a week in the lab” was the warning I was given as an M.Sc. student. Which means that Jon and I have enough samples to process for a year. 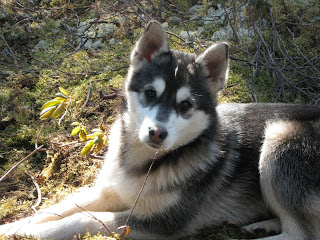 It has been a highly productive week. I can tell because I’m tired and sore all over. The snow has almost melted, and I escaped before the mosquitoes became too fierce. For the past week we have had a neighbourhood puppy follow us into the bush each day. We call her Georgia – she is very cute. She chases squirrels and takes naps while we measure nitrogen fixation. 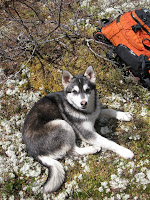 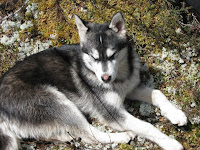 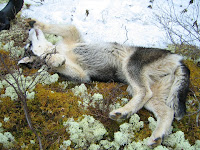 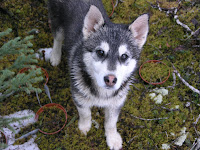 P.S. The title of this post is somewhat of an inside joke, as we use HOBO dataloggers to record temperature & relative humidity year-round at the experimental site.  "The littlest Hobo" is also a mainstay of Canadian family television from the 1980s, featuring a wandering dog who helps everyone he happens to meet during his wandering.  Thanks for the company, Georgia.