Why ecologists should care about Idle No More

Canada has a disproportionately large share of the world’s accessible freshwater resources. 1100 fish species, hundreds of plant species, countless waterfowl species, and tens of thousands of invertebrate species live in Canada’s waters. Ultimately, all 140 000 species – including humans – estimated to make up Canada’s biodiversity are directly or indirectly dependent on water systems. Ecologists recognize the key role played by biodiversity in ecosystem functions and services and many ecologists believe that biological diversity has intrinsic worth. The people of Idle No More are protesting, among other things, changes brought about by Bill C-45 and C-38, which weaken Canada’s protection of its biodiversity and its waters. Idle No More is about more than just environmental legislation, but it is a key concern which the protesters share with most ecologists. Whether or not one agrees with the other arguments and demands of Idle No More, anyone who believes that biodiversity is important (i.e., the vast majority of ecologists) should care about Idle No More.

Idle No More is a protest movement led by Canada’s First Nations peoples which aims to “assert Indigenous sovereignty and begin the work towards sustainable, renewable development”. It was initiated by Nina Wilson and Sheelah Mclean in response to Bill C-45, the federal government’s latest omnibus budget bill. In particular, they take issue with changes to the Navigable Waters Protection Act (NWPA).

The NWPA, which existed since 1882 and was under the jurisdiction of the Ministry of Transport, required that an extensive approval and consultation process take place before any kind of development occurred in or around any water deep enough to be navigated by canoe. Bill C-45 renamed the NWPA to the Navigation Protection Act (NPA), and drastically reduced the number of waterways which are regulated. The NPA protects only 97 lakes, 62 rivers, and the three oceans bordering Canada – this excludes 99.7% of lakes and more than 99.9% of lakes in Canada.

Many, including the leaders of Idle No More, have claimed that the changes in Bill C-45 are part of a broader move by the federal government to weaken environmental oversight. The spring omnibus budget bill, C-38, for instance, replaced the Environmental Assessment Act, modified the Fisheries act, modified the Species at Risk Act, repealed the Kyoto Protocol Implementation Act, and gave ministers more approval power for energy and pipeline projects. Of particular interest to ecologists is the imminent closure of the unique Experimental Lakes Area in Ontario, due to funding cuts included in Bill C-38. Omnibus bills such as Bill C-45 and C-38 have been criticized for pushing through dozens of bills simultaneously, which gives minimal time to debate each bill individually.

Idle No More may be a movement led by First Nation peoples, but ecologists understand better than anyone that issues regarding biodiversity loss concern all people. If you’re living in Canada, consider contacting your local member of parliament to discuss your concerns with Bill C-38 and C-45. 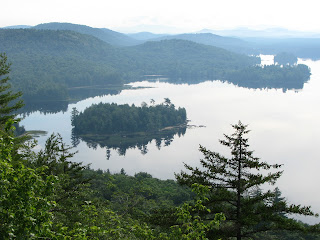