The Dark side of diversity 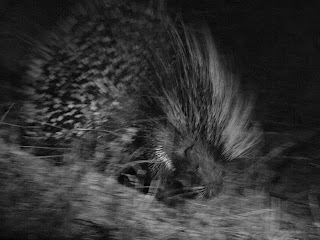 Recently Pärtel et al. (2010) introduced a simple but intriguing idea that the fraction of 'missing' species from a site provides insights that can be used to understand biodiversity loss.

In cosmology dark matter is thought to make up the dominant fraction of the matter in the known universe. Ordinary matter, the stuff we see, makes up a small fraction of total matter. Can the same be said of species diversity at a given site? The authors of this paper define dark diversity as the fraction of species we do not see at a site but are potentially capable of inhabiting it within the regional pool. Ecologists have long known that local diversity is typically a small fraction of the total diversity in the regional pool, but few have focused on quantifying the variation in dark diversity from site to site. A global analysis presented for plant diversity reveals interesting spatial patterns in dark diversity. In particular, dark diversity is relatively lower in temperate regions where 'ordinary' diversity represents a greater ratio of the total potential pool than in many parts of the tropics.   The value of the concept can be seen when we ask whether dark diversity in a locality is increasing rapidly over time, in particular, because of local extinction due to human disturbance. As long as dark diversity is high the potential for ecosystem restoration remains. However, extensive and persistent extinction would also erode dark diversity, and eventually reduce the options for restoration; a worrying possibility for many areas of the world.   The authors offer some advice about how to decide whether a species can potentially inhabit a site but this is a nontrivial decision. For example, many species may persist as sink populations. By definition these species could not exist in a community in the absence of immigration. The only way to measure this component of local diversity is to isolate a community. Should sink species ('shadow' diversity?) be excluded from consideration? These and other questions arise when thinking about dark diversity, but this does not detract from the value of the concept. This notion is ripe for theoretical analysis.

Posted by Andy Gonzalez at 2:17 PM