How many children should I have? (an eco-ethical dilemma facing ecologists in the 21st CE) 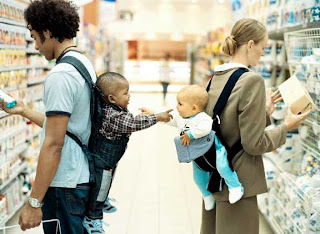 Humanity’s ecological footprint is growing at the cost of non-human biodiversity. So what is really driving our growing ecological footprint? In their most recent conservation textbook (Conservation Biology for All, 2010), Navjot Sodhi and Paul Ehrlich point a very-convincing finger at uncontrolled human population growth (see my brief summary of their argument below).

This creates an eco-ethical dilemma for conservation-minded ecologists (a.k.a all of us). How many children should I have?

This single decision swamps a lifetime of conscientious decisions: to not have a car, to eat a plant-based diet, to always carry a travel mug. Nope, those are all window dressing.

Is the most environmentally and ethical answer to this question zero?

I like to think that I make environmentally conscious and ethical decisions but I don’t think I could honestly choose to have zero kids (blame my amazing family). It gets worse though, because not only do I want to have a child, I actually want to have two (blame my awesome sister). Now, on top of worrying about what this decision might do to my career as a female scientist, I’m also worried what it could do to the Earth’s remaining biodiversity.

Perhaps I could solve my dilemma by hanging out with more Hollywood celebrities and catching “adoption fever”. Seriously, at face value adoption is a rational solution and I have been considering this option with renewed interest since reading Sodhi and Ehrlich (2010). That being said, it will be a difficult challenge to overcome the biological drive to reproduce (i.e., that little pang that gets me whenever I see pregnant women or tiny babies…sorry Zoë, I’m weak).

It is strange to have such a personal decision be turned public and I’m neither about to come out with my final answer nor start judging those around me for choosing to have kids (trust me, I’ll be too busy gushing over them and may still join you!).

I still have a lot to think about so rather than give you my answer, I thought I’d try and give you Paul Ehrlich’s answer. According to Wikipedia, Paul Ehrlich has one child. Interpret this as you wish since Wikipedia doesn’t specify if his child is adopted or biological (sigh, Wikipedia).

Sodhi and Ehrlich’s (2010) argument that population growth negatively impacts biodiversity is as follows: A growing population demands more space and resources. On a finite Earth, if humans use more resources then non-humans have less. Reducing per capita consumption and improving technology and environmental policies can help mitigate the size of our footprint for a give population size. But at present, human population growth causes a disproportional decline in biodiversity. As we deplete the most easily accessible resources, the footprint of each additional person is increasing.